The last few weeks have been pretty much nonstop, the highlight of which has been a treasured visit from our dear friend Ted Hearne, who took three days out of his week-long Asian business trip to come see Dad and me in Kunming. 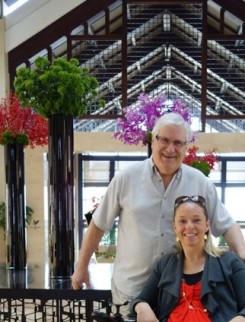 With Ted at Kunming Intercontinental

In recent years, and especially since I broke my neck, Ted has been such an inspiration and mentor to me. This past week we spent several days in conversation ranging from Drummond Geometry technical trading to hypnosis to meditation … and even to how the ancient Chinese “I Ching” and “Tao De Ching” might help me get a better handle on my persistent, severe pain levels. 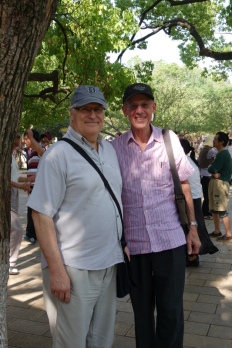 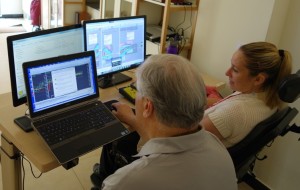 Working With Ted at Home

Spending several days in the company of Ted Hearne and my Dad was like sitting through multiple days of the most fascinating college lectures. Getting the two of them together somehow made me feel smarter by the end of Ted’s visit.

Discussing the I Ching 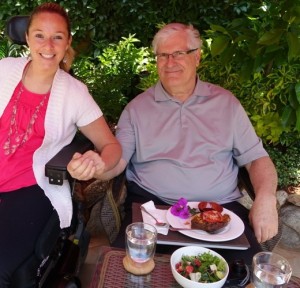 Garden Lunch for Ted at Home

The following weekend we also celebrated Suzanne Edwards’ 27th birthday with a fabulous Chinese brunch at the Intercontinental hotel. The wonderful thing about this hotel is that it is completely handicap friendly, has gorgeous gardens and lovely restaurants to choose from. I have to say I did play hooky for a few days over the last two weeks … well worth it! 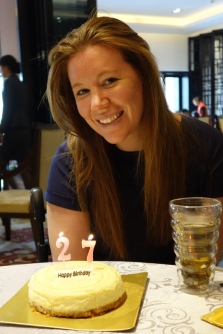 On Wednesday afternoon my mother finally arrived back from the United States after an eight week trip to Miami and The Bahamas as well as to Atlanta, where my brothers and their families live.

While Mom was away I decided to take up the challenge of becoming a gourmet chef for my gluten-free, sugar-free, vegetarian Dad.

I worked out how to create menus, and then I would verbally direct my adorable Kunming caregivers on how to cook all kinds of dishes they’d never heard of before, never mind actually tasted, so they had no frame of reference. 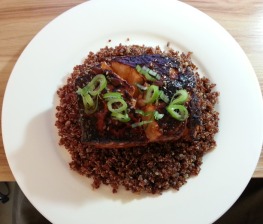 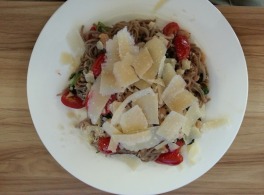 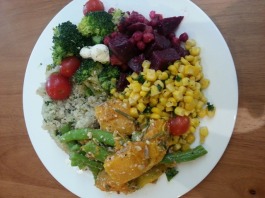 Every night and day it was a new dish. I feel like it would be fun to create a cookbook called “Quad Friendly Cooking.” I always knew I was able to cook, but for most of my life I pretty much convinced myself I couldn’t cook, perhaps because other people were too willing to cook for me!

Anyway, I’m off the culinary hook for a little while now until my mother heads back to the United States or Dad goes on his next pain research trip.

I have to say it was kind of fun trying to translate how to make and bake a crustless quiche with my caregivers, who before meeting us had no experience with foreign foods, let alone having the slightest idea how to cook anything non-Chinese.

Oh, and let’s not forget having to direct all this in both Mandarin and the local Kunming dialect … what fun!

For example, Xiao-Lin and Xiao-Yin had never heard of cranberries, so we had to go in the dictionary and agree upon the word we would both understand for the use of cranberries. When we were cooking I would I maneuver my chair in such a way that I could get up close to the stove and sometimes actually cook with one hand myself.

Funny thing is … seems after injury most quadriplegic people want to learn to put on their clothes, their makeup, learn to cook, etc.  But I spent the last three years trying to get proficient at using my computer and working to develop my powers of concentration and focus on trading … so now I’m taking some new steps to become a slightly more domesticated quad. 🙂

On the Pain Front …

Well, unfortunately not too much good news yet on this score.  None at all, in fact.

The hyperbaric chamber protocol is still on my mind, but we are getting mixed signals on what protocol would actually be safe.

On a separate note, by the end of this month my Dad will headed back to the Netherlands and then to the United States on another major tour focused exclusively on pain.

This time he’ll also be visiting with Ted Hearne in Chicago to interview highly experienced hypnotherapists who might work with me. I am still wholly convinced that the only way my pain is can be reduced on a sustained basis without debilitating drugs is through reprogramming my brain!

Meanwhile, at Ted’s urging, I’ve taken up in earnest the “I Ching” … even finding a website — http://www.random.org – that can flip three coins at once for me!

On a completely separate note … I managed to accidentally poison myself again the other night. The evening started out, as many do, with my having a splitting headache, and my neck surgical injury was just killing me.

So I asked one of my caregivers to please hand me three white pills from a white bottle … to take the edge off meaning to ask for just ibuprophen, with which both the girls are familiar.

For some unknown reason, I had an orange bottle with white pills next to the ibuprofen as well. This bottle contained 50 mg tablets of the heavy-duty painkiller Tramadol. You pretty much take Tramadol after surgery for severe acute pain, not neuropathic pain. I’m not sure why I did not have the bottle in the painkiller medicine cabinet, as is our custom, but I didn’t.

This was on Friday night. About an hour and a half after taking the pills I started to feel extremely nauseous, very dizzy, slurring my words, and I couldn’t figure out what the hell was going on.

Struggling to focus, I looked over to my medicine table and realized what must’ve happened. As for my caregiver, it was not her fault because everything was in English, but I just lay back down on the bed shouted out to myself “You idiot, you are in for one hell of a ride tonight!”

My problem with conventional painkillers is that I become extremely nauseous, and Tramadol is a strong synthetic opiate that I would take only on those nights when the pain is so exceedingly severe that sleep is impossible.

To sum it all up, it has taken about 24 hours to get this stuff out of my system, which pretty much put me out of commission the entire day on Saturday, gazing blankly at my computer screen as if I was a 16-year-old who had just smoked marijuana for the first time. 🙂

So now I have managed to poison myself twice in 2014 — first with lithium carbonate and now a second time with Tramadol. At least this time the effects were gone within 24 hours, and I have no one to blame but myself!