(5th Blog Post by “Bert & I” on Behalf of Hospitalized Ali)

Elevated pain levels continued to plague Ali all day, perhaps on account of attempts to further reduce her morphine dosing. This afternoon the morphine was reduced from 4mg/hour to 3mg/hour and appears to have been relatively well tolerated.

Holding her own today … 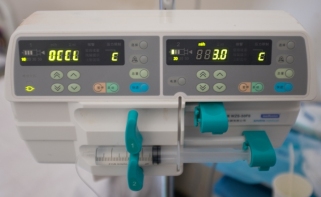 … as morphine falls to 3mg/hour

In addition, Ali’s breathing improved to the point where for much of the day she was able to sustain oxygen blood levels that are nearly normal, even without supplemental oxygen. 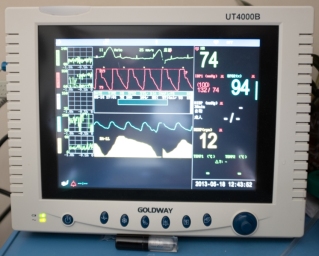 On the other hand, sleep continues to elude Ali for more than 15-20 minute intervals. 😦

Weekends are notably quiet here at Tongren Hospital, and the nursing staff appears to be considerably reduced compared with busy weekdays. So it’s just as well that Ali’s regular caregiver is pitching in alongside the round-the-clock bedside presence of her mother Uschi and brother Mattias. 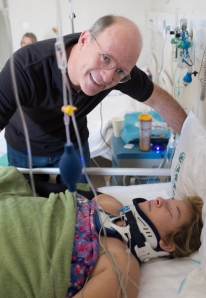 In the welcome news department, it appears increasingly likely that Ali has lost no motor functionality that she had before the surgery, and she seems to have gained some sensory function, which is quite common when the spinal cord has been directly handled in surgery.

Also, so far as we can tell, Ali complains mostly about the acute neck pain associated with her surgery rather than the chronic neuropathic pain that had so disabled her in recent months. Once the acute pain subsides, presumably in a few more days, we’ll get a much clearer picture of whether neuropathic pain has been alleviated, which was a core objective of the surgery.

Still no idea when we may be able get Ali back to her own bed in her apartment across the street … presumably as soon as the middle of next week.

Meanwhile, the nursing care at Kunming Tongren Hospital continues to be highly attentive. 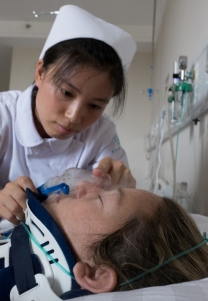